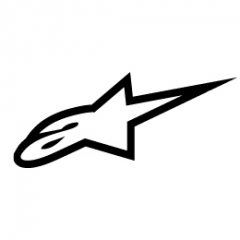 A leather worker by the name of Sante Mazzarolo created a future icon in 1963. Mr. Mazzarolo began creating the first Alpinestars goods in the little Northern Italian town of Asolo, which takes its name from the perennial Alpine star flower. Motocross was a relatively new sport at the time, and it was quickly gaining popularity across Europe. Sante, who was well-versed in the sport, saw an opportunity to use his skills and technical knowledge to create a new style of footwear that would suit the protective needs and expectations of this beautiful yet violent activity. Mr. Mazzarolo's groundbreaking footwear would go on to set the standard for motocross protection.

Sante began developing a new, innovative boot for local enduro and motocross riders who had begun importing bikes from outside and starting the sport of off-road motorcycle racing shortly after founding the firm in its state-of-the-art headquarters in Maser, northern Italy. Sante's boot quickly rose to the top of the industry and set a benchmark for racing performance. With the support of input from the riders, development began as soon as the first boot was made, and by the early 1970s, Roger de Coster had delivered Alpinestars its first World Motocross Championship.

Roger de Coster won five World Motocross Championships with Alpinestars, kicking off a string of World Championship victories for the company that continues to this day.

In the early years of the firm, Sante Mazzarolo was recognized with a number of Italian design and product prizes, earning a reputation for inventiveness and ingenuity that was further enhanced when he began developing road racing gear in the 1970s. When Kenny Roberts won his first Grand Prix World Championship in 1978, he became Alpinestars' most well-known Grand Prix World Champion.

Alpinestars USA was founded in the mid-1980s with a new location in Los Angeles, California, with the firm creating boots for all types of riding, both on and off the road, for competitive and recreational usage.

The first technical apparel line was produced and released in the mid-1990s, and Alpinestars began developing high-performance road racing leather suits in 1999. Carlos Checa was the first MotoGP rider to test Alpinestars suits in the premier class, and he has continued to assist in development testing ever since, with many other noteworthy names.

Success hasn't been restricted to two wheels. Alpinestars began creating auto racing footwear in the early 1990s, outfitting several of the world's top Formula 1 and Indycar drivers throughout the course of the decade before launching an Auto Suit Department in 2000.

Alpinestars launched a Downhill Mountain Bike World Cup relationship with Honda in 2004, and the same year, a new subsidiary dedicated to the production and development of casual sportswear was established in Los Angeles, with distribution through lifestyle fashion channels beginning across the world.

Greg Minnaar won the UCI Downhill Mountain Bike World Cup in 2005, while Alpinestars proceeded to create specific MTB equipment and protection before distributing the goods in its cycling range in 2010.

Alpinestars has grown to become the world's premier provider of professional racing equipment, motorcycle airbag protection, high-performance gear, and technical footwear since its founding in 1963. Alpinestars recognizes that the finest design and development can only be accomplished in the most severe situations. Its engagement in Formula 1, NASCAR, AMA, World Motocross, and MotoGP has resulted in the development of cutting-edge technological equipment for the world's best racers.