Have you checked Tito Rabat and Barni Racing Team Ducati for the World SBK season 2021?

The bike is a Ducati V4R with following updates - 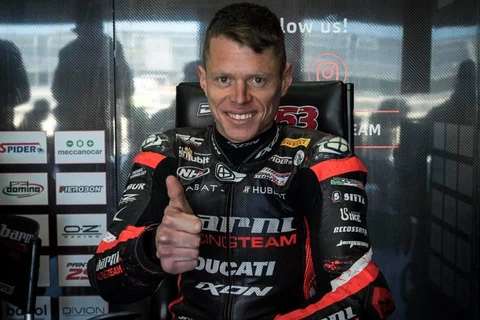 The man here does not need any further description. Tito Rabat and Barni Team joined hands in December of 2020 for the WSBK team.

Esteve "Tito" Rabat Bergada is a Spanish motorcycle racer, He is best known for winning the 2014 Moto2 World Championship with a record points total for the intermediate class.

Rabat was on a hiatus from motorcycle racing as he suffered serious leg injuries in August 2018; after falling in heavy rain during practice for the British round at Silverstone. He was hit by a closely following out-of-control machine.

He started racing professionally in 2005, and made his Grand Prix debut at that season's Valencian Grand Prix.

He has an esteemed career racing for several motorcycle race classes and teams before coming to WSBK.